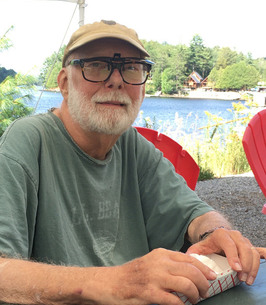 Franklin was born in Wappingers Falls, NY on June 11, 1943 to Dr. Paul, and Maria Jacobson.

He attended Wappingers Falls High School, and then the Eastman School of Music in Rochester, NY. On October 16, 1965 he married Jeanette Helen Kees at St. Luke's Episcopal Church in Fairport, NY, where he was the organist and choir director. In 1967, he and Jeanette moved to New Jersey, where Franklin joined the music faculty of Princeton Day School where he remained as Head of Music until 1997. As a part-time church musician, he served as organist and choir director in various churches in the New Jersey area. For thirty years, he was music director at Calvary Episcopal Church in Flemington, New Jersey. Most recently, he was music director at St. Luke's Episcopal Church, Saranac Lake, New York. Additionally, he was harpsichordist with the Bar Harbor Music Festival String Orchestra, Bar Harbor, Maine, for over 25 years.

Frank is survived by Jeanette, his wife of 56 years, Paula, his daughter, and his four grandchildren, Rayona, Zev, Ami, and Ruth.

Funeral arrangements are in care of the Fortune-Keough Funeral Home in Saranac Lake. A memorial service will take place at 11:00 AM on Saturday April 2, 2022 at St. Luke's Episcopal Church, Saranac Lake, New York.
Friends wishing to remember Frank are asked to make memorial contributions to the National Kidney Foundation in care of the funeral home. Family and friends can also share their condolences and memories at fortunekeoughfuneralhome.com.